The church is small, simple and ancient. The older features are from the Norman period (1066-1215). Up until around 1840 the church would have been thatched.

Windows – Two lancet windows, either side of the nave, survive from the Norman period. The South of these Norman windows is set in a surround of chevron mouldings on the outer wall.  All of the other windows are 14th century.

Nave – There are four mediaeval benches in the nave which date from the 15th century. They have been severely damaged at some stage and may have had carvings of animals or beasts, as at some other churches.

Looking towards the chancel, the arch is flanked by two narrow vertical openings. Beneath the north arch is a deep, mullioned cupboard cut into the stone. This may be a reliquary chamber, beside which a small nave altar may have stood.

In 1884 Gedding church underwent a major restoration, prior to which it had become ‘seriously dilapidated’. That restoration may have seen the removal of the three-decker pulpit and the box pews mentioned in earlier descriptions of the church. At the same time the 15th century font was ‘carefully cleaned and fresh chiselled’ to give it the rather over-renovated look it has today. The arms of the Sheltons, a family which provided some of the earliest Lords of the manor, are depicted among the panels of the font. The two Norman lanclets were probably discovered during this restoration.

An artist’s impression survives of a much more ambitious 19th century scheme of improvements to the church. This was never carried out and the work actually undertaken was limited to making good and repairing the old church rather than adding new features.

The Chancel – The chancel is plain but open and light. The chancel gives an idea of the scale of the Victorian restoration. The floor was raised dramatically, shown by the height of the piscina and the small low window. The chancel was still thatched as late as 1840.

There is a small low window in the chancel, which the Revd John Cross Boucher in 1889 (just after the major restoration) describes as a ‘Leper’s Grating.’ Leprosy was probably brought back to England after the Crusades and the window allowed lepers to observe a Service at a safe distance. Usually these windows face towards the High Altar in order that the Bread and Wine may be seen, but this window seems to face what was probably a Rood Screen in the centre of the church. However, this is unlikely and the window was probably used by the priest, who at one stage would have been responsible for the upkeep of the chancel.

The Tower – The tower at one stage would have been completely of flint work, but now is topped with red brick, probably rebuilt before 1700, with the current tower roof added in 1835, as the inscription on the timbers suggest. A report on the church from 1741 read:

‘A mean building (but old enough). The steple has been built in the usual square form, but fallen down within a few years of the ground, and now top’d up with brick, and covered with tile.’

The external tower buttresses show the arms of the Chamberlain family in the flushwork and also the crowned ‘M’ motif of Mary the Virgin, to whom the church is dedicated. The Chamberlains held lordship of Gedding Manor for much of the 15th and 16th centuries.

Two of the four Tudor bells survive in the tower. They are mounted on an ancient oak bell frame and were cast by Stephen Tunni of Bury St Edmunds in 1572, as their Latin inscription make clear. Please do no climb the tower.

The Revd. Edward Pattison – The Revd. Edward Pattison became Rector in 1831. He served this church for over 40 years, making him one of the longest serving Rectors. Sadly, whilst in post, his son Alfred died aged 1 year old and his tombstone can be seen to the left of the altar in the chancel. Alfred’s entry in the baptism register can also be seen in the display folders on the font. Pattison did have other children however.

In the Religious Worship census of 1851, Pattison reported that there were 163 people living in Gedding, which goes against popular tradition that village numbers have never peaked over 108 residents. Of course, he would have included servants and labourers, which have always formed the majority of Gedding’s residents. He reported that morning services attracted about 58 people and afternoon services 72 people and that ‘the church would admit many more sittings’. Holy Communion was celebrated four times a year, on the major Christian festivals such as Christmas and Easter.

Final thoughts – Gedding church holds services every other week and continues to take its place within the Anglican Church. As Boucher wrote:

‘The continuity of Christ’s Church in this country is in no way more convincingly proved than by the continued existence of her ancient holy places, which appeal to the eye as well as the understanding, and form most indisputable links between the present and the past.’ 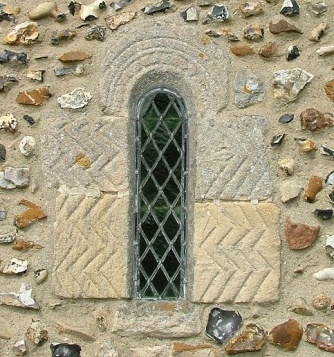 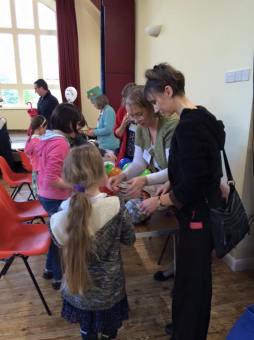 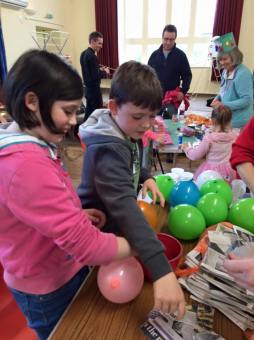 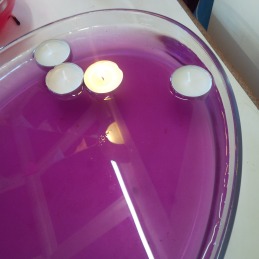 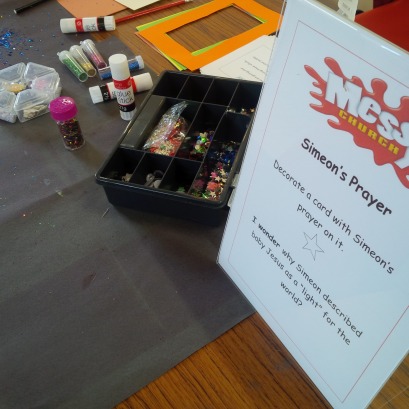 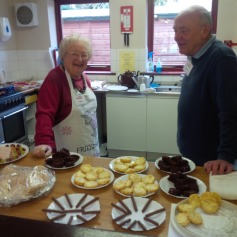 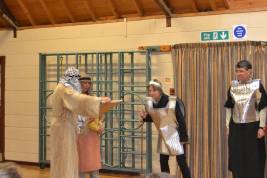